I. Choose the Correct answer

4. What was the ratio of land revenue collected during Vedic Age

II. Match the Statement with the Reason/Tick the appropriate answer:

1. Assertion : The vedic age is evidenced by good number of texts and adequate amount of material evidences.

Reason: Shrutis comprise the Vedas, the Brahmanas, the Aranyakas and the Upanishads.

a. Both A and R are true and R is the correct explanation of A.

b. Both A and R are true but R is not the correct explanation of A.

Answer: a) Both A and R are true and R is the correct explanation of A

2. Statement I: Periplus mentions the steel imported into Rome from peninsular India was subjected to duty in the port of Alexandria.

Statement II: Evidences for iron smelting has come to light at Paiyampalli.

a. Statement I is wrong.

b. Statement II is wrong.

c. Both the statements are correct.

d. Both the statements are wrong.

Answer: c) Both the statements are correct.

3. Which of the statement is not correct in the Vedic society ?

a. A widow could re-marry.

b. Child marriage was in practice.

c. Father’s property was inherited by his son.

Answer: b) Child marriage was in practice.

4. Which is the correct ascending order of the Rig Vedic society?

III. Fill in the blanks

1. Vedic culture was kinship-based in nature.

2. Bali was a tax collected from the people in Vedic period.

3. The Gurukula system is an ancient learning method.

4. Adhichanallur is in Thoothukudi district.

2. A Hero Stone is a memorial stone raised in remembrance of the honourable death of a hero. True

4. The Black and Red ware pottery became the characteristic of the Megalithic period. True

5. Evidence for iron smelting has come to light at paiyampalli. True

VI Answer in one or two sentence:

2. What were the animals domesticated by Vedic people?

3. What do you know about Megalith?

The term 'Megalith' is derived from Greek. 'Mega', means great and 'lithos' means stone. Using big stone slabs on the places of burial is known as Megalith.

Dolmens are Megalithic tombs made of two or more upright stones with a single stone lying across the burial site.

Urns are large pottery jars used for burying the dead.

6. Name the coins used for business transactions in Vedic period?

Urns, Dolmens, Menhir and Hero stones are some of the megalithic monuments found in Tamil Nadu.

1. Write briefly about the archaeological site at Kodumanal

Kodumanal is identified with the Kodumanam of Pathitrupathu. More than 300 pottery inscriptions in Tamil - Brahmi have been discovered there. Archaeologists have also discovered spindles, whorls (used for making thread from cotton) and pieces of cloth, along with tools, weapons, ornaments, beads, particularly carnelian.

A Menhir found at burial site is assigned to the Megalithic period.

2. Write about the Vedic women in a pragraph.

In Rig Vedic society, women relatively enjoyed some freedom. The wife was respected as the mistress of the household. She could perform rituals in her house. Child marriage and sati were unknown. There was no bar on the remarriage of widows. Nevertheless, the women were denied right to inherit property from their parents. They played no role in public affairs.

In the later Vedic period the role of women in society, as well as their status, even within the family, declined. Women could no longer perform rituals in the family. The rules of marriage became much more rigid. Polygamy became common. Widow remarriage was not encouraged. Education was denied to women. Intercaste marriages were spurned.

In the Gurukula system of education, the sishyas stayed with the guru. They served the guru and learnt their lessons. Rote learning and memorising lessons were insisted upon. In the modem system of education, students come from homes or hostels. They need not serve the teachers. Creative thinking is taught to students and they write everything on paper.

IX Pride and Joy – Let us find out the fact

Kodumanal - Spindle whorl - Thread and cloth were made

1. The Shrutis comprise the four Vedas, the Brahmanas, the Aranyakas and the Upanishads.

2. Grama was headed by Gramani.

3. The tribal kingdoms were called Rashtras.

4. Iron axes and ploughs were widely used during Iron Age.

5. Aryans of the Rig Vedic period were semi-nomadic. 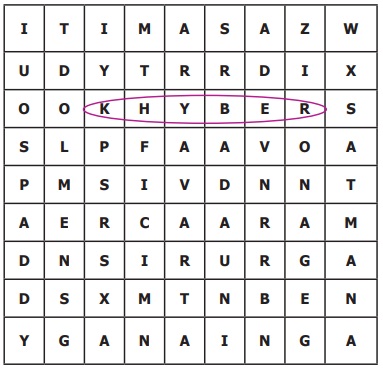 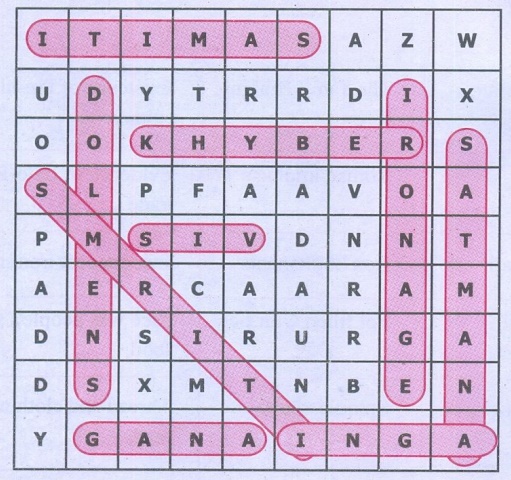 Collect information from Newspapers about archaeological finds with the help of your teacher.

Visit to any one of the archaeological sites near your locality.

Vertical monolithic pillar planted in memory of dead is called

What method of agriculture was practiced by early Aryans?